The main point of this trip was to see the Northern Lights, Tromso is not a big city so there’s not that much else to do which is part of the reason why I didn’t stay very long (the other part being that Norway is very expensive).

We’ll go over the city in a moment but first let’s talk about the Northern Lights (AKA Aurora Borealis). If science bores you, you might want to skip ahead a bit. 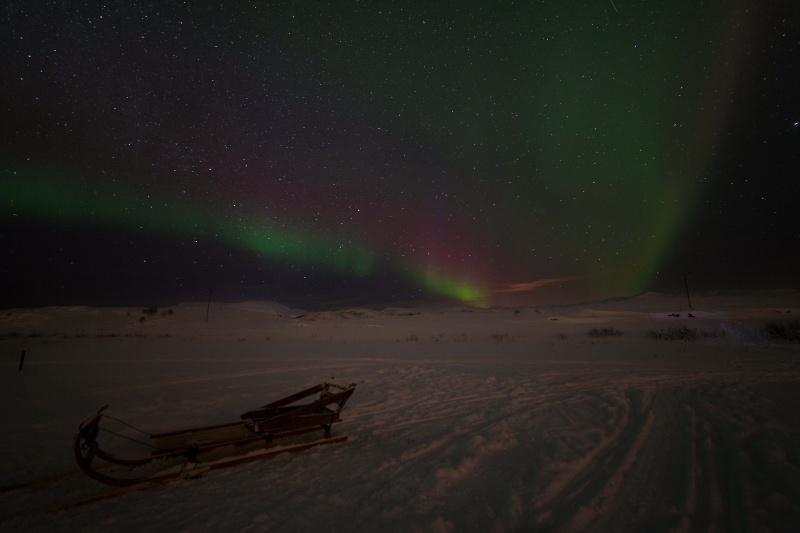 So, without going into too much details, sometimes charged particles in space are moved by solar winds and interact with the Earth’s magnetosphere and produce lights. Since this is linked to the magnetic field of the Earth, it happens either around the North Pole (Aurora Borealis) or the South Pole (Aurora Australis) which means you usually have to be close to the arctic or antarctic circle to see them (the stronger the solar activity is, the farther the lights will be visible). Being in space works too but that’s currently not an option for most people. 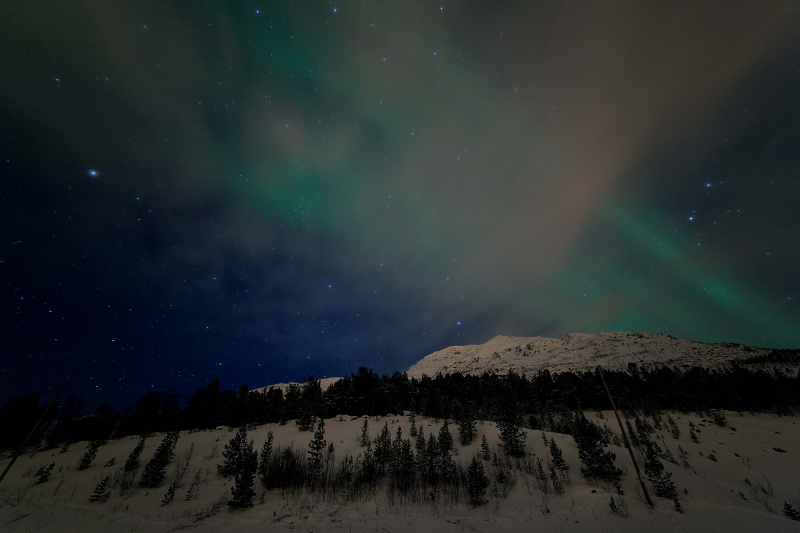 Anyway, you can thank the Earth’s magnetic field for that! And also… you know… protecting us from lethal radiation, cosmic rays and other stuff that would kill you if you were on another planet. 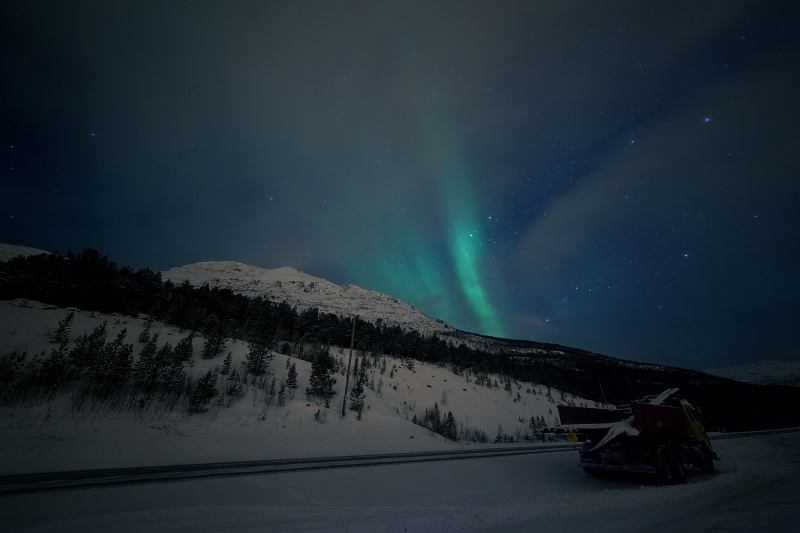 Obviously it needs to be dark for the lights to be visible so summer months are not an option because of the midnight sun. Winter months offer long nights (especially close to the poles) so you’ll have more time to see them. You’ll also want to go when there are fewer clouds obstructing the view but obviously that will depend on your destination.

Speaking of destination, if you’re from Europe your best bets are northern Norway (like Tromso), Iceland (the weather is more unpredictable than Norway) or northern Sweden and Finland. Svalbard works too I guess, but it’s even further away and pretty wild. From America, look to Alaska, northern Canada or Greenland. As far as Southern Lights are concerned there’s not a lot of land close enough so it’s going to be more complicated. 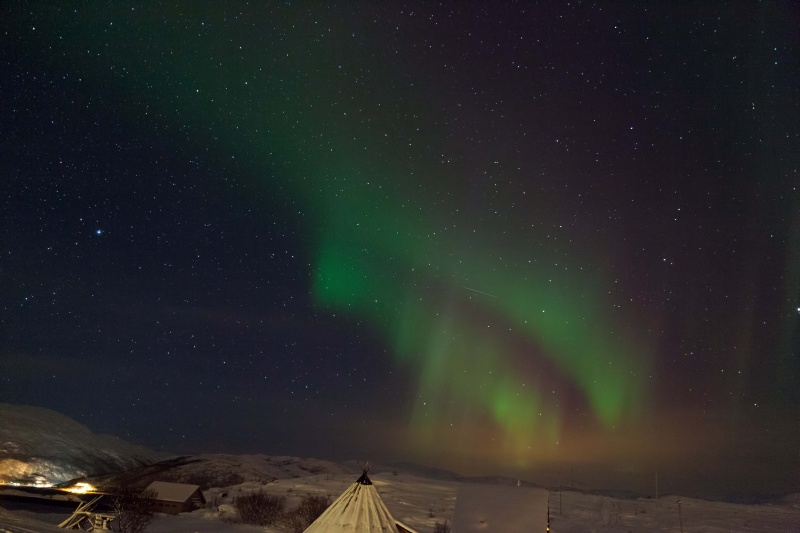 Here are some sites showing the current/predicted amount of solar activity:

One last thing: should you go through a guided tour?

“Ha! I’m an experienced traveler, I don’t need a stupid tour!” some of you will say. Well it’s true that you don’t need it but it can make your life much easier and here’s why.

These guys know the good spots: low light pollution, good visibility, etc.. More importantly, they know how to get there in the complete dark on icy roads (I hope you know how to drive in these conditions). They’re also in radio contact with each other and their HQ to keep track of the current cloud coverage and solar activity: a beautiful location is useless if you can’t see the stars because of heavy clouds or if the Northern Lights are hidden behind a mountain. 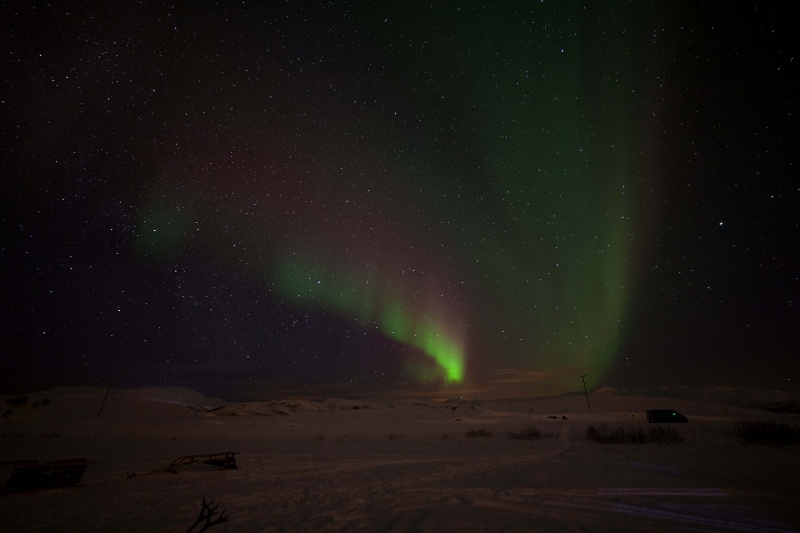 So sure, you can do it yourself and if you’re a photographer who wants a picture of a specific place then you probably will have to but otherwise going with a well-reviewed tour is not a waste of money.

And if you go on your own don’t forget warm clothes and drinks, it gets chilly at night! (like -20°C kind of chilly) Extra batteries might not be a bad idea either because they don’t last as long in the cold. If you intend on taking pictures I suggest doing some research to know what kind of gear you’ll need and which settings to use (in very short: tripod, wide-angle lens, large aperture, focus at infinity, long exposure but not too long unless you want star trails and also keep in mind that your camera will see much more color than your eyes will). 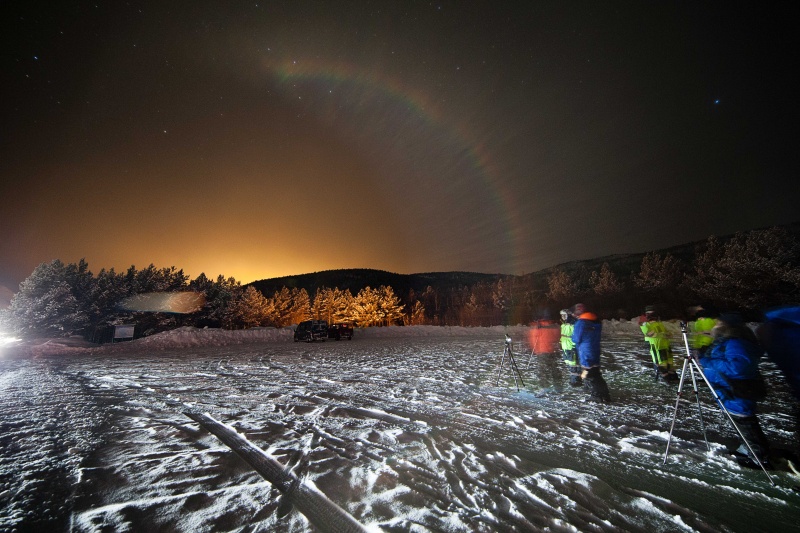 By the way there was unfortunately not a lot of solar activity during my short trip so the pictures reflect that. 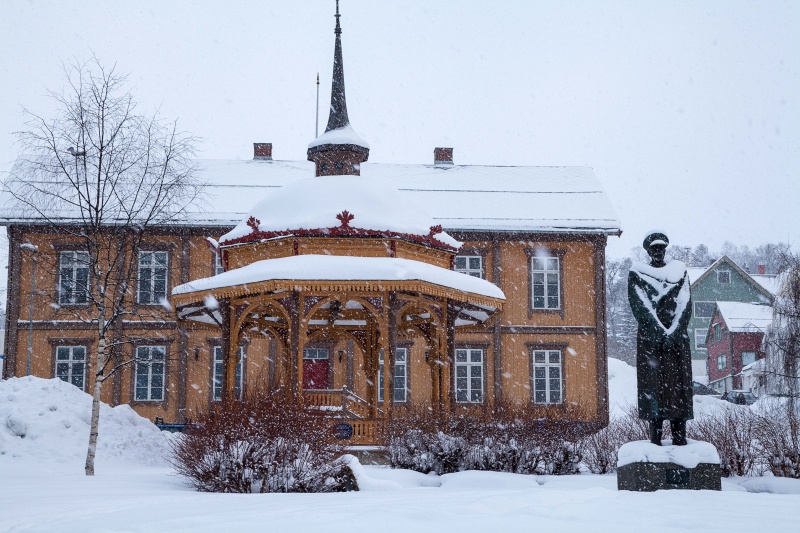 Well let’s talk about Tromso! It’s not the northernmost city in Europe or even in Norway but it’s close enough and is still relatively big so there are other things to do there. This trip was in March so obviously there was a lot of snow and it was pretty cold, especially at night. 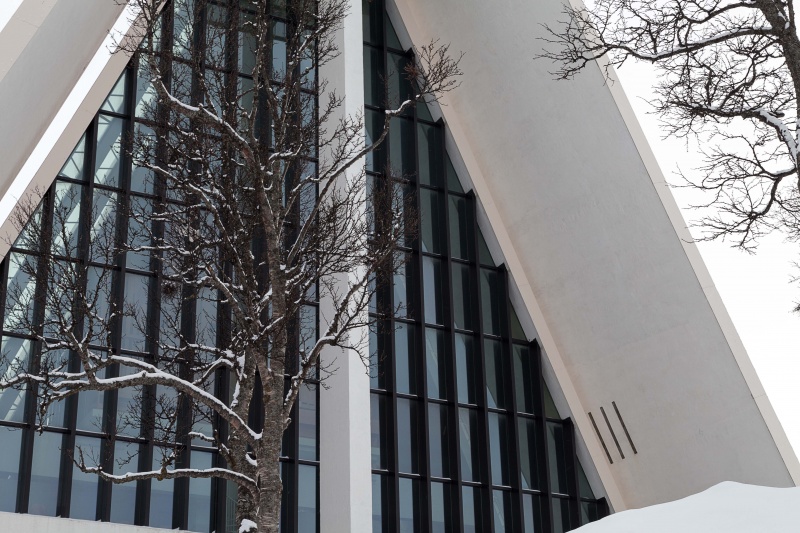 Tromso has a few small museums, nothing particularly impressive but you can learn a bit about the Sami who are a people native to northern Scandinavia.

The Arctic Cathedral has an interesting design and is worth checking out. 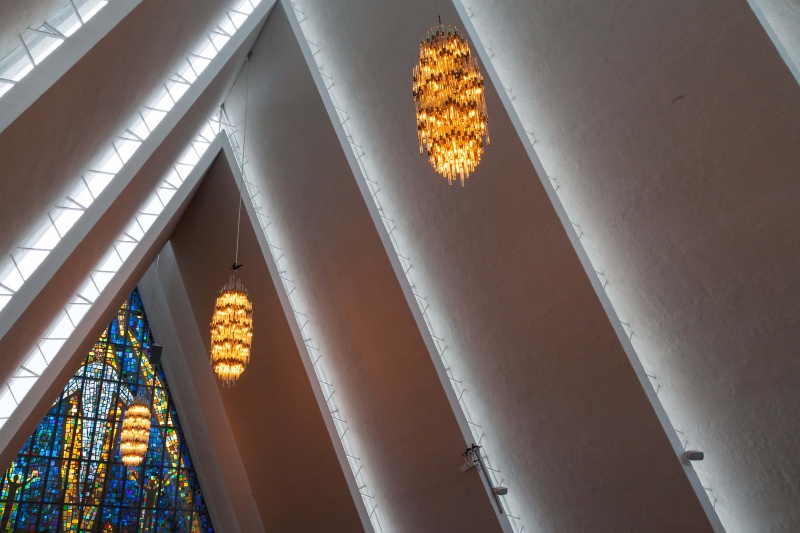 You can of course try various winter activities like dog-sledding, doing it at night is another opportunity to see the Northern Lights.

Some activities, like reindeer-sledding, allow you to meet the Sami, try their food and learn more about their lives (reindeer herding is one of their activities). 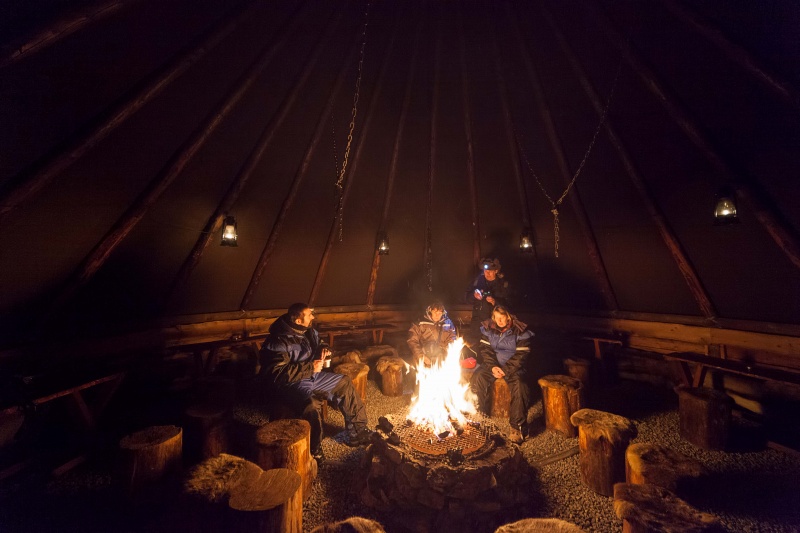 Well, this post was much shorter but it was a short trip too…

Let me finish by saying that the Northern Lights are definitely something you should see for yourself once in your life! 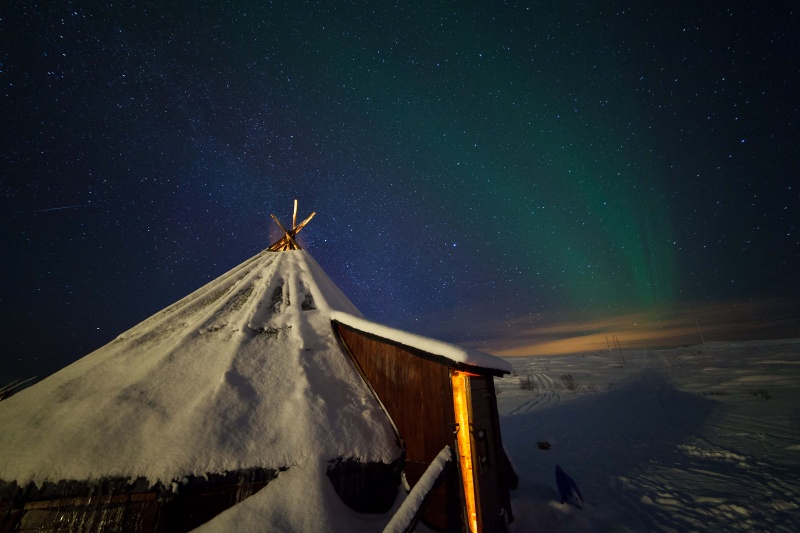