To kick off this travel blog we’ll be going over my recent trip to Norway, more specifically the fjords region. If you’re only interested in the pictures then check out the album, as always all pictures are geotagged and displayed on the map. 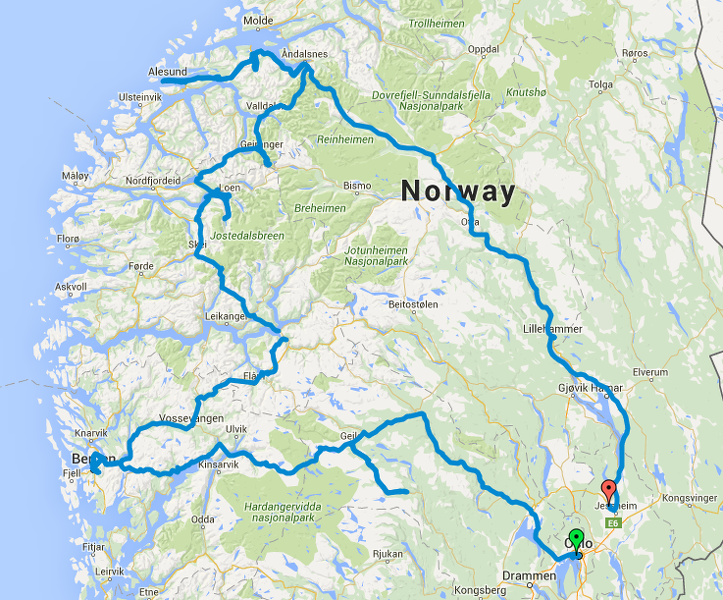 First let me say that Norway is great for hiking since you can camp everywhere and the landscapes are wonderful. That being said, camping is not my thing so I won’t focus on that.

My first stop was Oslo. Norway tries to discourage car usage in inner cities so there’s not too much traffic, making it more enjoyable to walk around in the city center. They also subsidize electric cars so there were Tesla’s everywhere!

Oslo has some interesting museums like the Viking Ship Museum, the Norsk Folkemuseum and the National Gallery. The Gallery hosts “The Scream” of Edvard Munch so that was a mandatory stop: 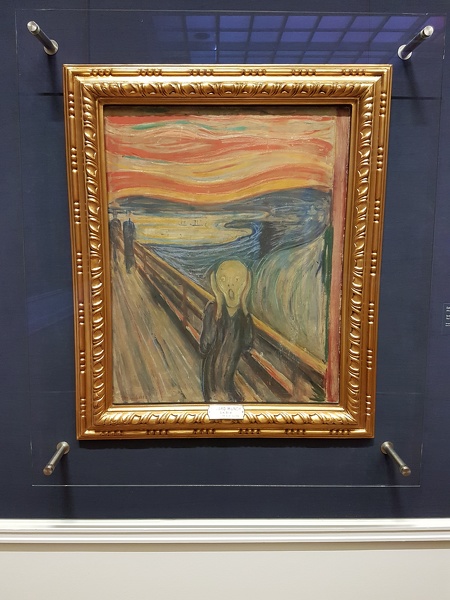 The Norsk Folkemuseum is one of Norway’s many open-air museums, basically a large park containing a lot of traditional buildings – which is a nice way to spend a sunny afternoon. The buildings are mostly made of wood since it is an abundant material in Norway. The most iconic of those buildings is the Gol Stavkirke, a distinctive type of Norwegian wooden church. 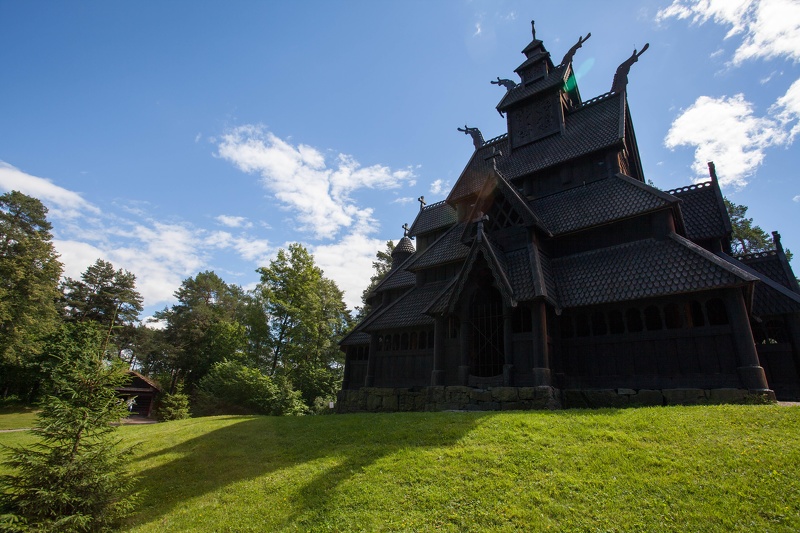 The few remaining churches – most have been dismantled for construction materials or rotted away due to poor construction techniques – are spread all over in the country and each has a distinctive interior decoration, as you’ll see in the pictures.

After Oslo I started making my way west towards Bergen. Here we begin to see typical Norwegian landscapes including waterfalls… 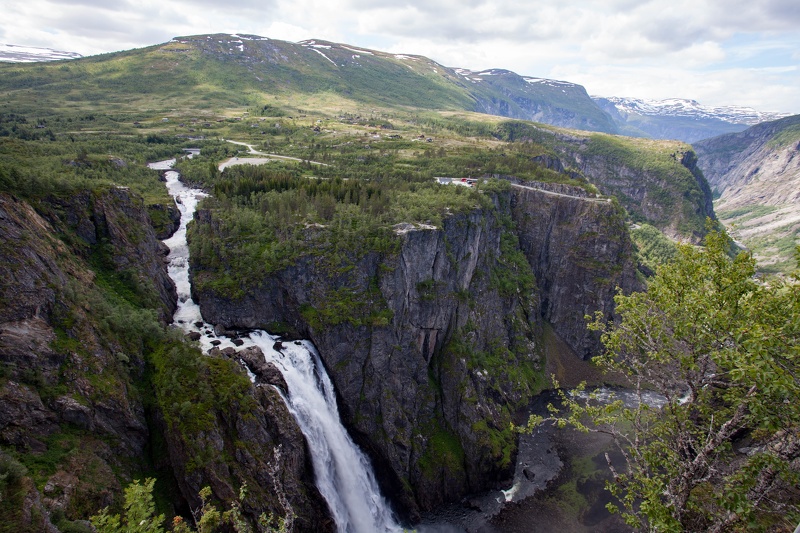 and of course Fjords! The pictures don’t do them justice, you really need to see them in person. The height of the cliffs alone is breathtaking. 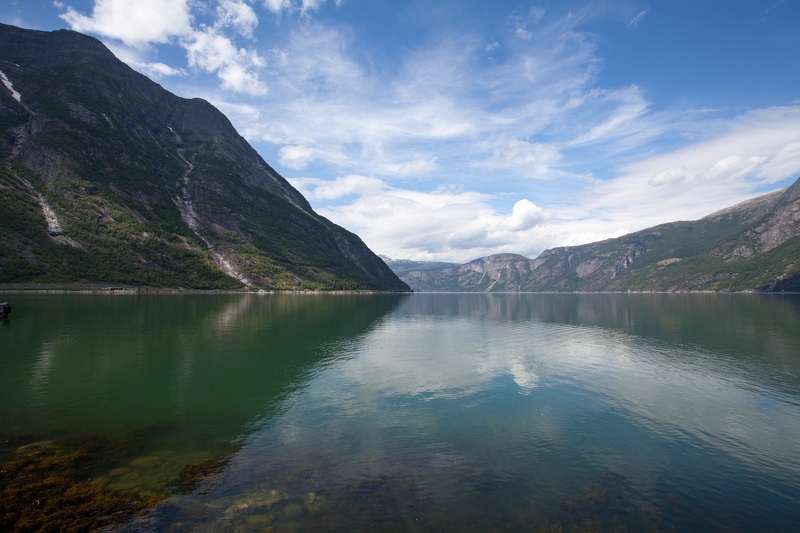 Bergen is one of Norway’s largest cities and, like many others, has suffered heavily from fires, which seems to be quite common in Norwegian history due to the use of wood as a construction material. 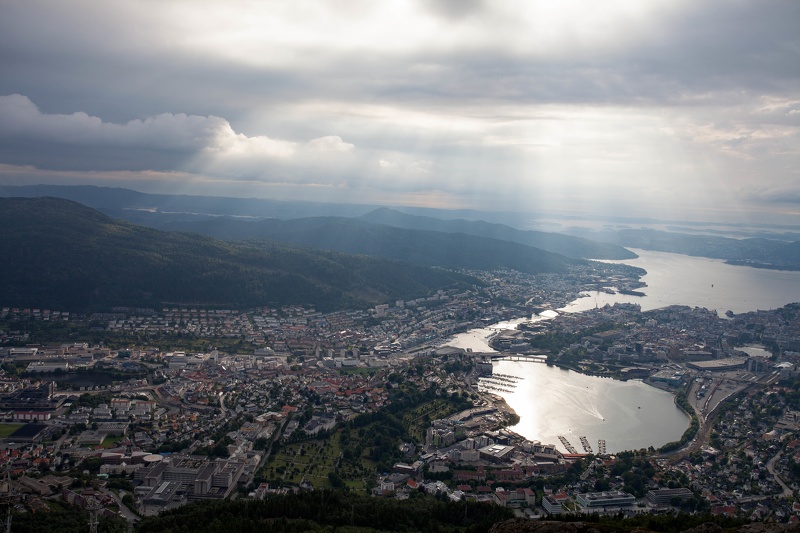 Bergen also contains an open-air museum, this time with houses from the early 20th century. But one of the best parts of the city is Bryggen, the old harbour neighborhood, a bunch of very narrow streets with impressive wooden buildings. 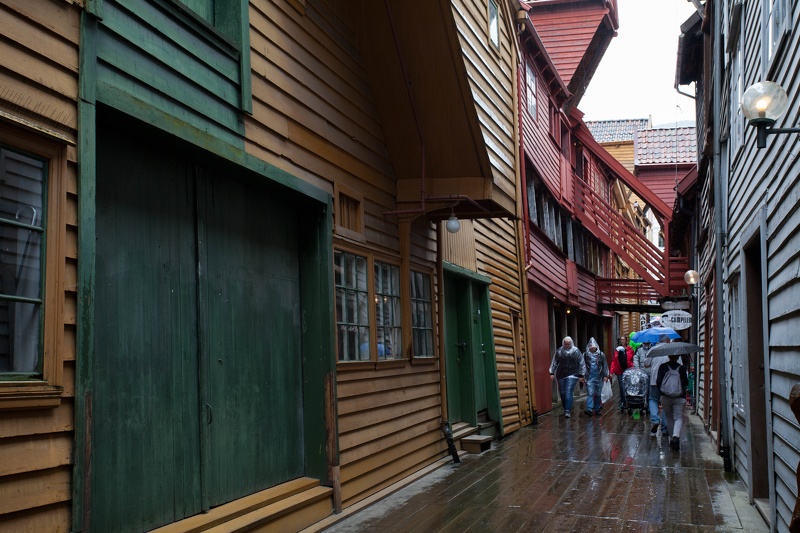 Bergen was part of the Hanseatic League so the harbour was a major source of wealth, exchange and economic activity. The fish market is a nice place to try all kinds of fish, including whale (yeah whales are not fish, I know). Obviously fishing is still a major industry in Norway, especially salmon which was offered in the buffet of most hotels.

The mountains surrounding Bergen are accessible via cable cars and funiculars, the view up there is definitely worth the trip if the weather permits.

After Bergen I started going north along the Fjords, sadly the weather was heavily clouded but the views remained breathtaking nonetheless. Well…except when I was literally in the clouds, not much of a view then… 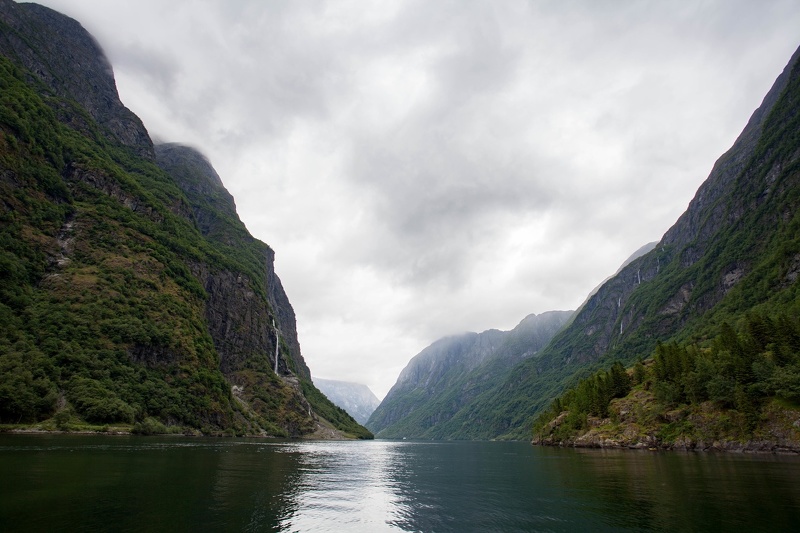 We were at the end of June but despite this the higher regions still had snow and glaciers. All that melting ice made a lot a beautiful waterfalls in the Fjords. Like the Seven Sisters of the Geirangerfjord, a – well-deserved – UNESCO World Heritage Site: 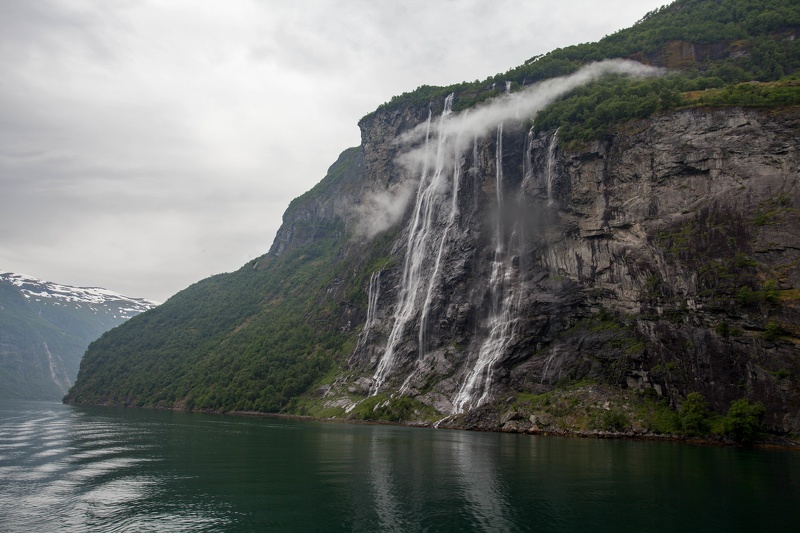 I then took the scenic route north towards Alesund and I highly suggest avoiding the tunnels as much as possible: the mountain roads are worth the detour, particularly Trollstigen: 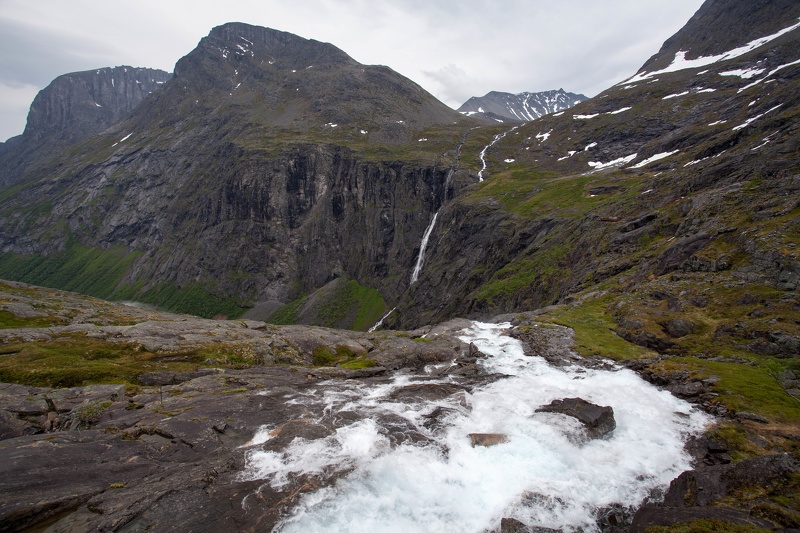 So Alesund was the next stop, with yet another open-air museum and one of Europe’s largest aquariums. Following one the usual devastating fires, Alesund was rebuilt in the Art Nouveau style which makes it visually quite different from the other Norwegians cities. 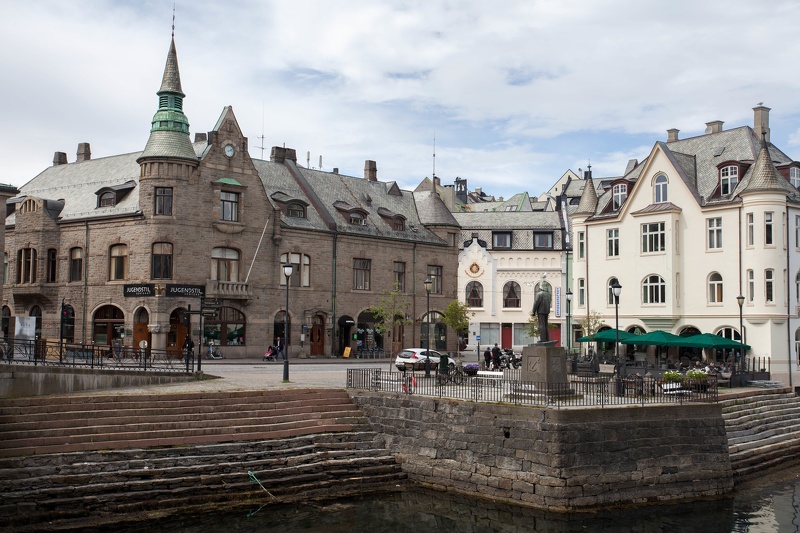 The last stop one the way back to Oslo was Lillehammer, home of the 1994 Winter Olympics. Lillehammer is a small town, only made famous by the Olympics, so there’s not much to see aside from the open-air museum (told you there were a lot of them!) and a few other museums, unless you like winter sports of course.

And that concludes this first article, hope you liked it and don’t hesitate to leave a comment!